Showing posts from 2014
Show all

New Title to be Released January 2015! 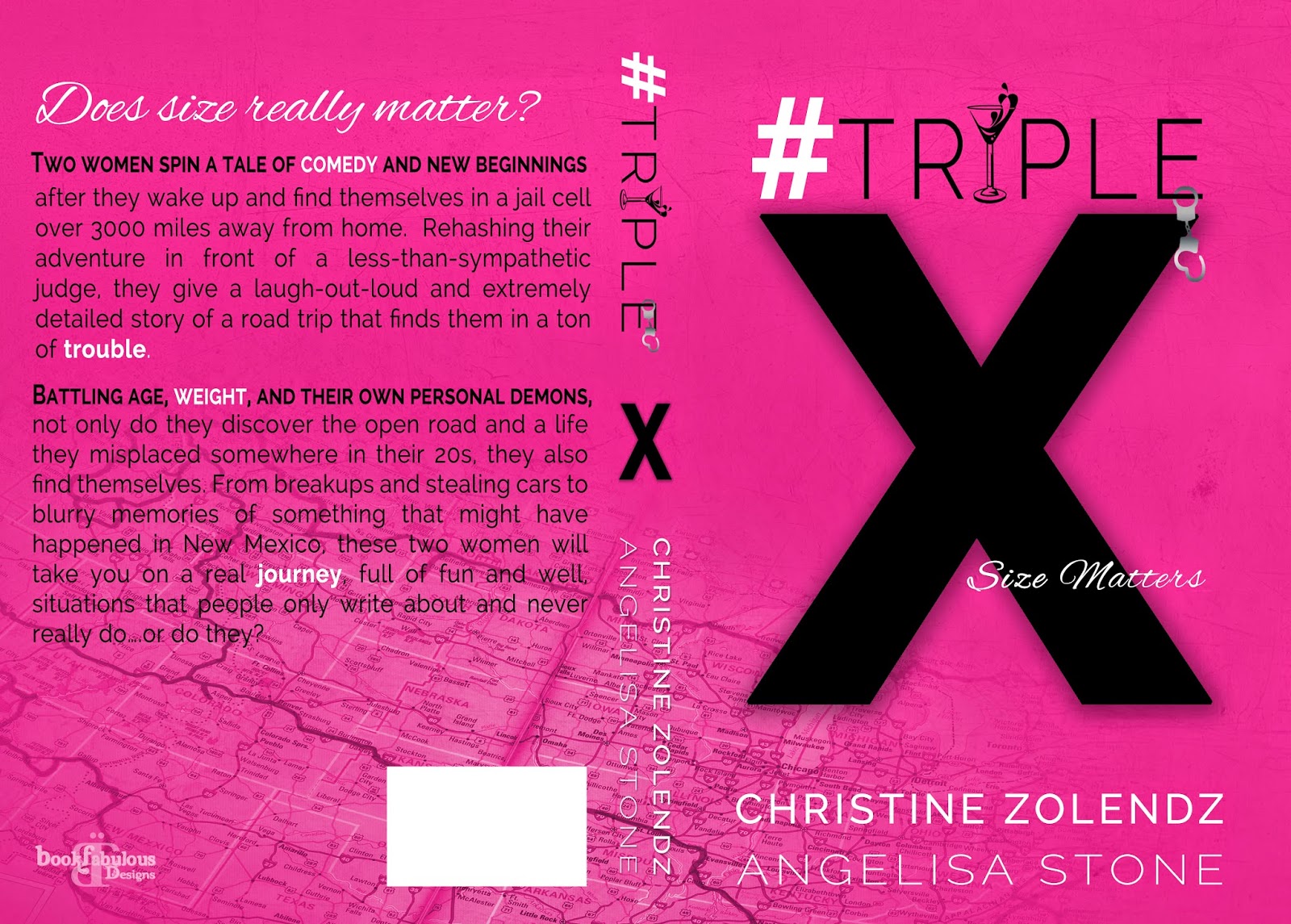 Here is one of the books I've been writing with the amazing Angelisa Stone! It's laugh out loud funny and so different than anything I've done or anything that's out now. Look for it on all platforms in January 2015!

October 28, 2014
So, I have a new website. Tried to get all professional. It's HERE.
I also set up a newsletter if you want to join. It won't come out very often, only when I have news or stuff I want to share. I'm toying with the idea of special newsletter teasers. The link is HERE and all you have to do is type in your email address.
Love to all! XOXO
Post a Comment
Read more

What ARE YOU DOING?

March 05, 2014
What AM I doing?
That's the question.  Those are the messages I've been receiving every day.
When's the next book coming out?  Are you even writing?
You all make me giggle.
I write constantly.  I research continuously.
I write in the morning when my kids are still sleeping.  I write through breakfast, lunch, and dinner.  If I'm out I write on my phone.  I write late at night when the house is quiet and the strangers here are asleep.  I write in my dreams too, and wake up and write my thoughts down.
That's what writers do.
What am I writing?
See that's the problem.  What? What! Whaaaaaat!
There's too many stories crammed in my head at the moment and I'm dabbling in a few at a time.  I have the first chapters of a few books written, I don't even have outlines for them, I don't know how they will end, or if they ever will.
But a lot of you are asking, so I'll let you know what I know (which isn't much, lol.)

The Beautiful Series by Christine Zolendz "Get out your flashlights, Cold-Blooded Beautiful is dark." That's what a reader told me earlier. Kind of find that awesome.
COLD-BLOODED BEAUTIFUL LIVE! The HIGHLY ANTICIPATED second (AND LAST) book in the Beautiful series. The continuation of Samantha and Kade's tale in BRUTALLY BEAUTIFUL.
Amazon US: http://amzn.to/1ivtldy Amazon UK: http://amzn.to/1eAAeKD
Cold-Blooded Beautiful Blurb:
What happens when your past comes back to haunt you? Imagine having a secret whispered in your ear, a secret that once revealed, changes everything in your life that you thought to be true. What would you do if you learned that everything you had was just a lie, a lie that could end everything you ever worked for and destroy everyone you ever cared about? What happens when all your secrets come spilling forth and your past catches up to you? Will it consume you? Will it destroy you? Six months ago Kade Grayson helped Doctor Samantha Matthews hide from a violent past, one that she wants t…
Post a Comment
Read more 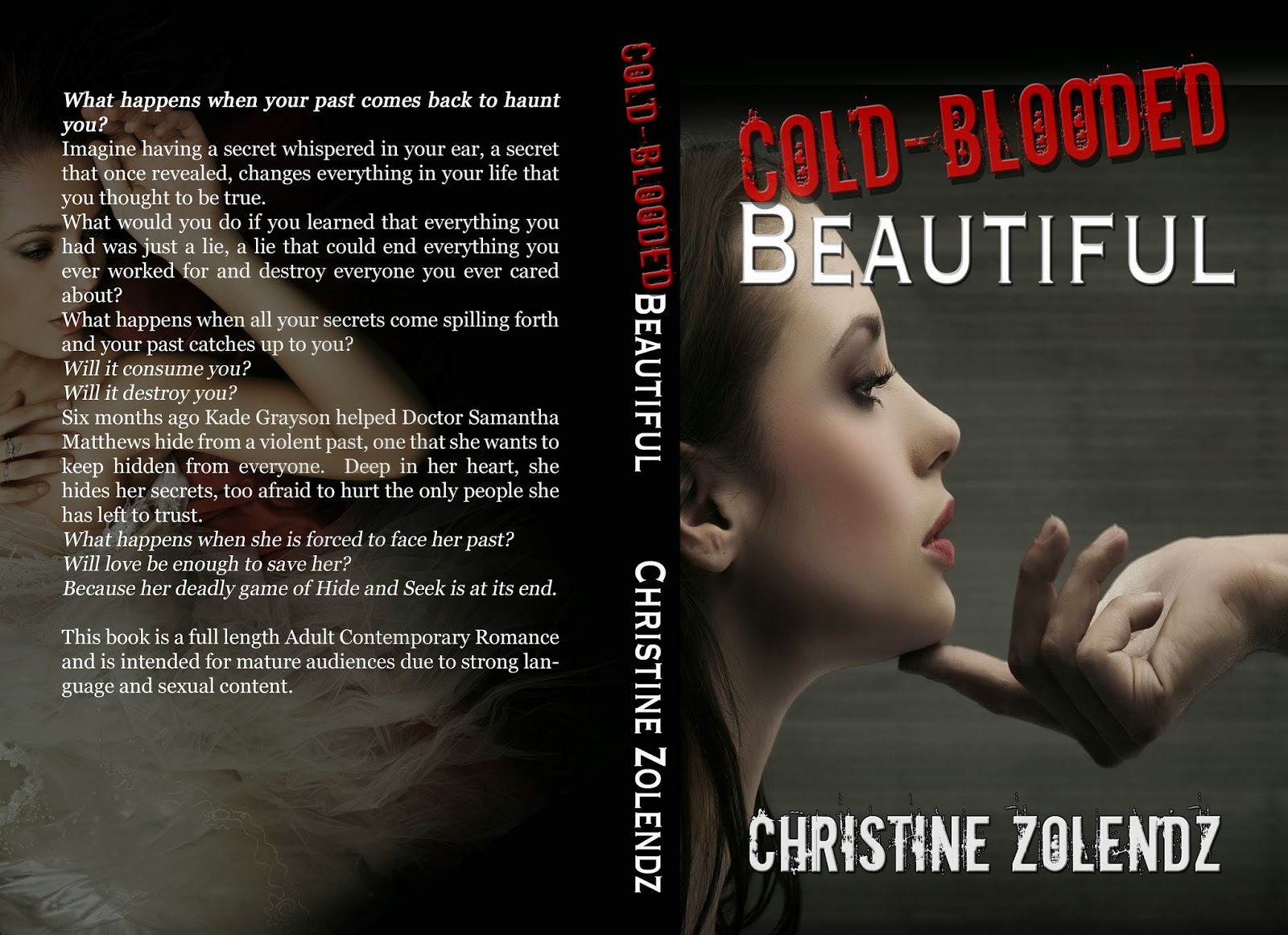 Cold-Blooded Beautiful will be released on THURSDAY,  FEBRUARY 6, 2014.
As in NEXT WEEK!
Was four weeks fast enough for you?  I hope so, because I tried!  It's actually ready right now, I could literally press publish this instant and BOOM you'd have it.  But, it's SuperBowl weekend and a lot of other AMAZING authors are releasing on the 4th (I think like 12 of them!) Annnnd, I didn't want to overload everyone.  So, since nothing I know of is being released next Thursday, I picked it.
Blame my bestie (and amazing author) Angelisa Stone (she wrote Can't Go Home-so effing good) she said it had to be on a THURSDAY.  For some reason everyone picks Tuesdays.  If anyone knows why authors, singers, etc. alway pick Tuesdays to release PLEASE TELL ME.  I'm still new to this business and have no clue, seriously, none.  :)
Here's the whole cover...Not as pretty as the first cover, but look at the back, isn't that part pretty?   I did it myself, not too bad... 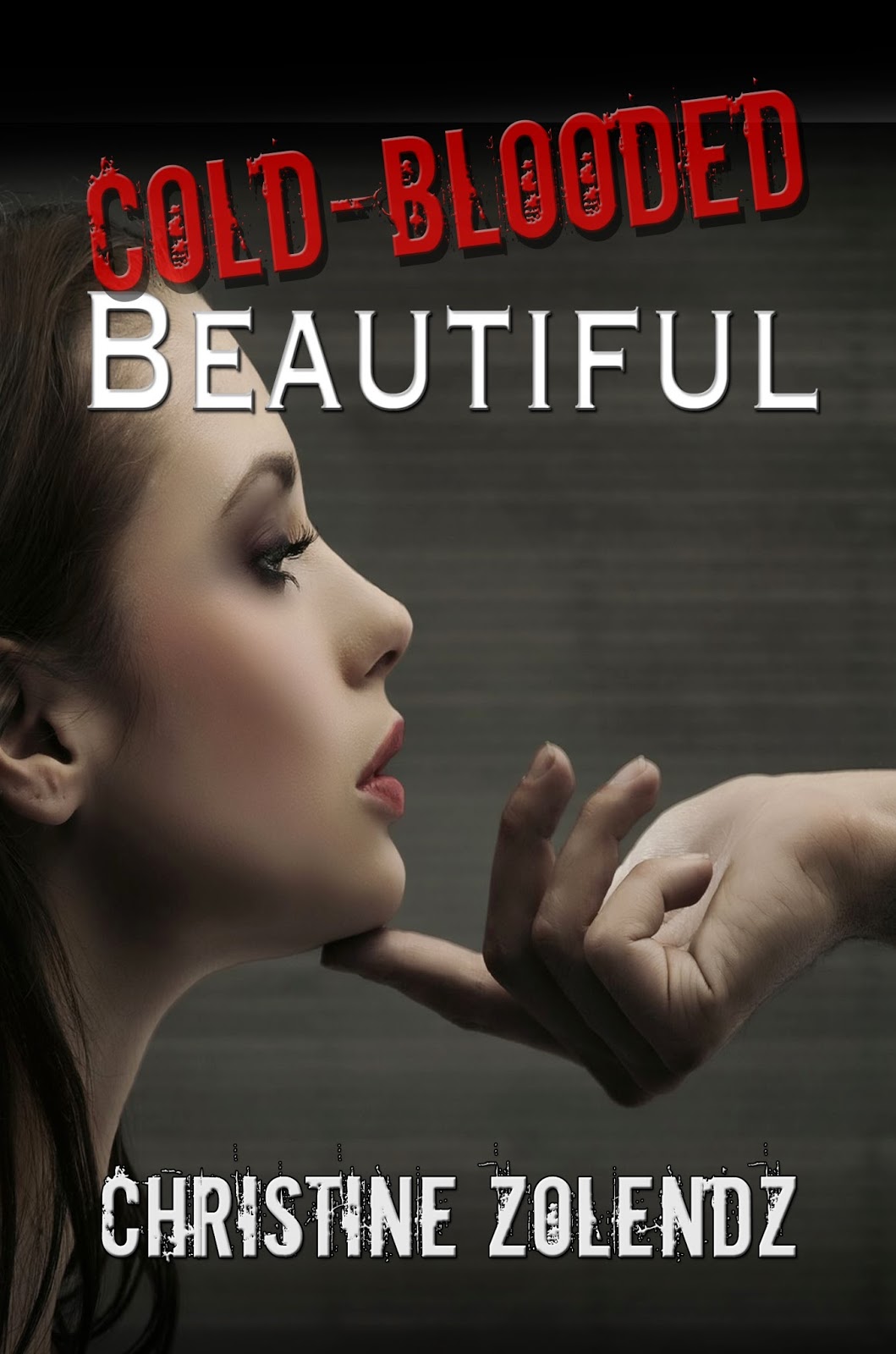 Cold-Blooded Beautiful is in the hands of a formatter (Elle I <3 u).  So when that's done, it's all YOURS.
Just a few more days... :D
Oh...wanna see the cover I made?  Not as pretty as the first, but trust me it goes with the story...

January 19, 2014
Going to be off all social media for a few days...taking my family to Disney! So if you leave a message and I don't get back to you, I'm not being a b*tch, I'm just in a tea cup or riding on space mountain. Cold-Blooded Beautiful is with my editor, cover is done, then just formatting needs to happen. Then you can have at it. Here's a little video tease... It's just a 30 sec video from Animoto, no copyright infringement intended, all pictures were taken off Pinterest and have nothing to do with my book save for the inspiration they gave me. :)XOXOCOLD-BLOODED BEAUTIFUL
Post a Comment
Read more

January 18, 2014
Yesterday, after the millionth (okay, I like to exaggerate) read through, I sent Cold-Blooded Beautiful to my editor.  So, Kade and Samantha's story is finished.
Most people have a love/hate relationship with the end of a story or a series.  Many readers can't stand the way writers end things, or they absolutely love them.  Me, I hate ending stories.  I never feel finished.  I could have taken Sam and Kade's story so many different ways, but only one way nagged me the most, which was the one I wrote.  There have been countless emails and messages about a happily ever after or if they will be separated for a long time, and I truly hate giving people spoilers, I just hate it.  However, what I can tell you is that these two characters were extremely special to me and I think they should be together and have a happy life.  Yet, even when that said, I received even MORE emails and messages asking for little bits of information.
Some people messaged me every hour.  :)
Some peop…
Post a Comment
Read more 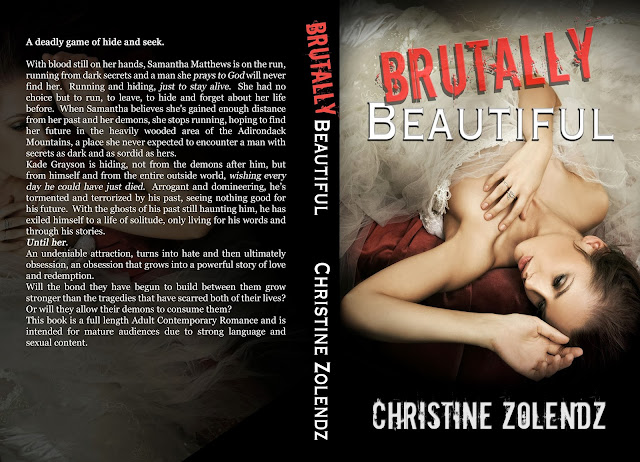 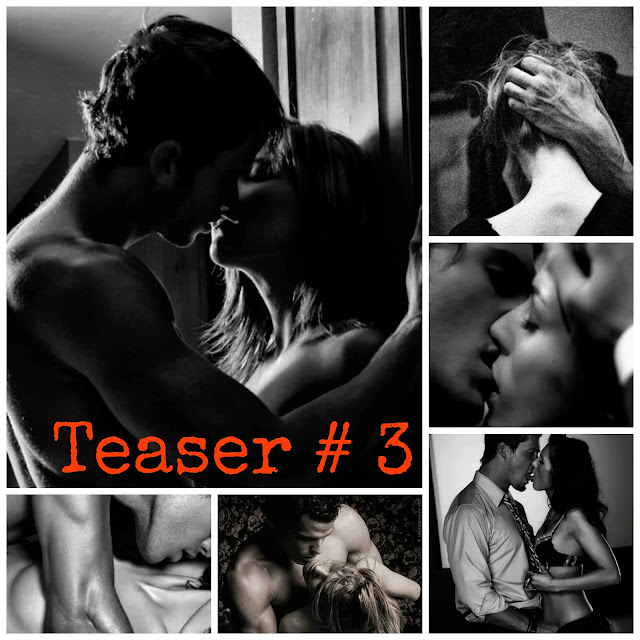 “Don’t block me out.”  He pressed my body against the wall of the stairs, my head lightly thudding against the handrail.  His wet pants seeped a cold dampness into my skin. “I want to saw off my own hand, just so that I could let you go, let you go to keep you safe from my mind, from my issues.  But you, you’re just like me, right?  Something’s wrong inside you too.”

No copyright infringement intended.  These photos are not mine, they have nothing to do with my upcoming book release, they were just inspirations from the talents artists they were created by.  They were taken from Tumblr and Pinterest.
Post a Comment
Read more
More posts